I had been working on a client project where I built the GraphQL backend for a new social network using primarily AppSync, Lambda and DynamoDB.

One of the features of the app was to support private messaging between two users. To allow either user to fetch their chat messages in chronological descending order, I modelled the chat_messages DynamoDB table as below:

where userIds is the HASH key, and timestamp is the RANGE key.

So in the VTL template, I had something like this: 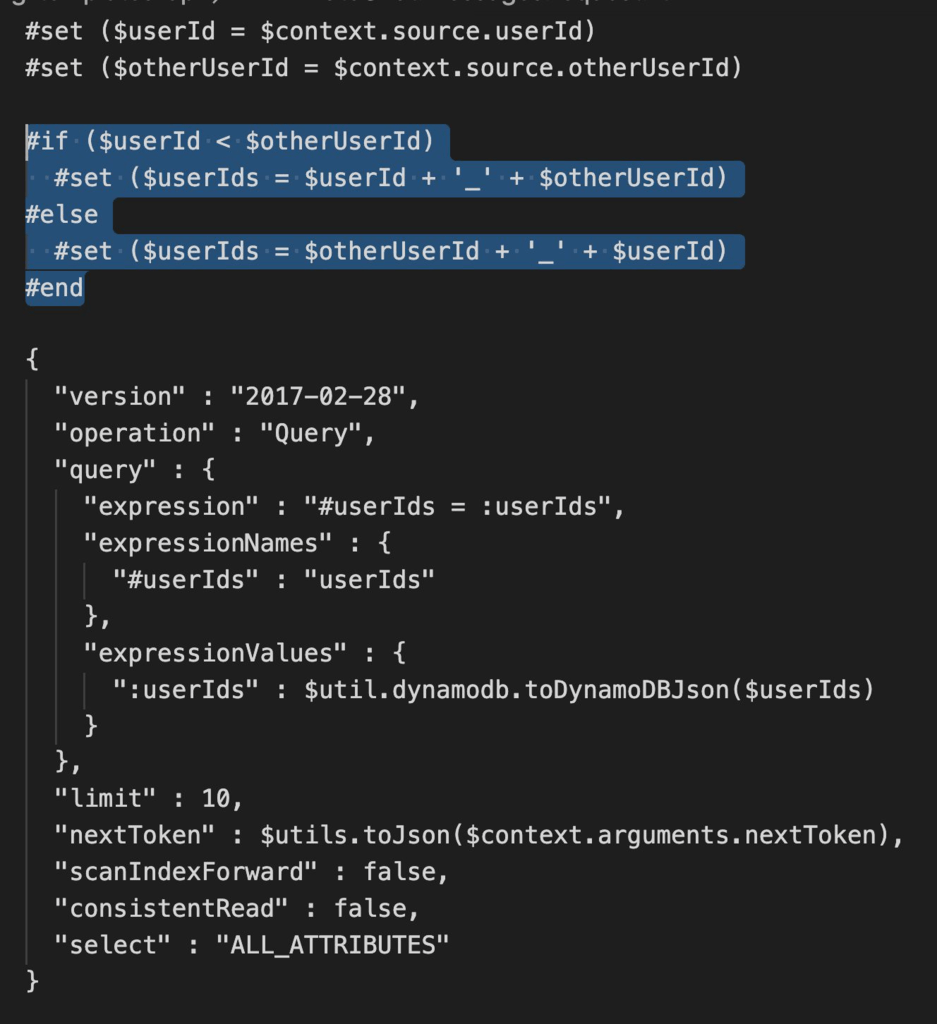 However, this didn’t work.

Given the following input:

If you work with Java everyday then the problem might be obvious to you, that to compare strings lexicographically you need to use the compareTo method on the first string. And since VTL is implemented in Java, that is also the case here.

Instead, the right way to do it is this:

I have found the VTL Reference page very handy while working with VTL. But unfortunately, lexicographical string comparison was not mentioned in the VTL docs. Without helpful folks like Richard and Franck I would have easily spent hours banging my head against this problem!

I hope this post helps you in a similar way should you run into the same problem, as my way of passing it forward.

Support me on Patreon

Your support enables me to create even more content and share my knowledge with the AWS community. As a patron, you can also get help from me via Slack and receive monthly 1-2-1 coaching!