Go faster for less with Serverless

Do you have amazing product ideas but nothing is moving?

Are you worried that competitors are out-innovating you?

Are you spending too much on AWS?

Are you struggling to adopt serverless? Maybe you don’t know if you’re doing it right?

Imagine if your feature velocity goes from months to days, and your systems become more scalable, more secure, more resilient, AND cheaper to run!

Sounds too good to be true? I have done it before, multiple times.

In fact, I have run production workloads at scale in AWS since 2009. As a consultant, I have used that body of knowledge and experience to help clients from all sorts of industries and backgrounds ranging from startups to large enterprises.

Yan's time was easily the best investment I've made in tech. He instantly understood our complex requirements and provided creative and very practical solutions that we implemented the same day. His input enabled us to scale our tech from 10 to 100 clients with one day of dev time.
Yan's expertise in AWS-powered Serverless infrastructure is world-class. Very highly recommended. 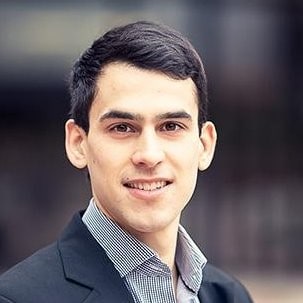 For everyone: unbiased, no-BS advice from one of the most respected engineers in the serverless space.

Go from zero to knowing how to build production-ready serverless applications in 2 days with my hands-on workshop.

I have up-skilled dozens of teams with this workshop and it’s a great way to bring your team up-to-speed quickly.

A detailed curriculum is available here.

Do you have a great idea for a product but need someone to build it for you?

Or maybe you want to cut down on your AWS bill?

Whatever the case, me and my team can help you get it done quickly, and get it done right, the first time.

Schedule a Call
Yan was a key factor for the success of the launch of our app. He cared about every detail and took his time to understand each task. Thanks to him, we made better decisions that made us stay on the budget, keep the app safe and go even faster. Yan is passionate about what he does, he took his time to explain to us why certain tools and technologies are fit for our project, which is very interesting for us to learn. We had a very limited budget for launching the app but still, we chose Yan to work on the project, why? Because it is simple math, Yan can go 3 times faster than anyone else and can definitely bring better results. 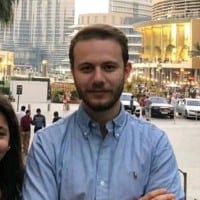 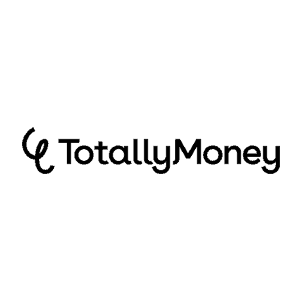 TotallyMoney’s mission is to improve the UK’s credit score and cement its position as one of the most customer-focused FinTech brands nationwide.

TotallyMoney sees serverless technologies as the future of software development and the perfect vehicle with which to modernise its technology stack. However, the team lacks the necessary experience to navigate its journey to this new paradigm safely. There are simply too many unknowns and risks along the way.

I worked with several teams over 3 months and helped them gain confidence with serverless technologies such as API Gateway, Lambda and DynamoDB. Along the way, they have discovered new architectural patterns and have made strides towards refactoring their existing services to serverless. 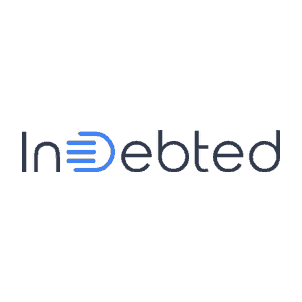 InDebted’s mission is to fix the broken debt collection industry, which has been riddled with malpractices and horror stories. They are looking to protect the most vulnerable of us in society, and they are doing it by leveraging modern technologies and building with a serverless-first approach.

InDebted has a small team of engineers who don’t have much experience with serverless. They recognize the potential of serverless but they needed someone who can pair with them and show them rather than just telling them what to do.

I worked with their team for over 6 months and skilled them up and get comfortable with new services such as DynamoDB, Kinesis and Step Functions. They have since rebuilt and modernised their entire platform and are making heavy use of open source tools such as the Serverless framework and Terraform. 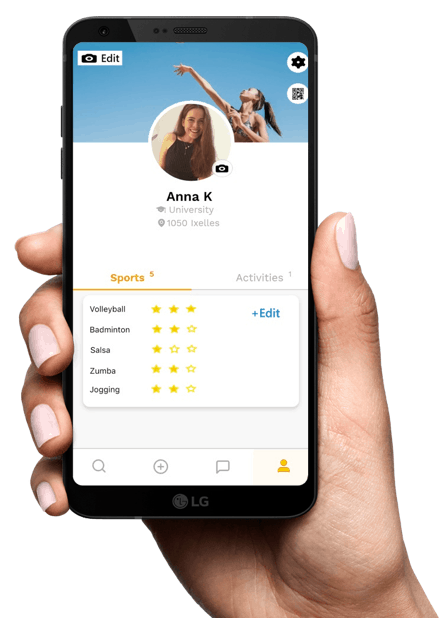 Nova Sport is a new social network that lets students connect and play sports together and gain access to their university’s sports classes. As a bootstrapped startup, Nova Sport had a limited budget to build and launch their initial MVP.

The MVP needed to be developed quickly so it can launch in time for the next university semester. The backend system needs to be able to handle thousands of concurrent users at launch and eventually scale to millions of users when it becomes successful. And given the budget limitations, it also needs to be cost-efficient.

Having had a failed launch with a previous implementation that ran on two PHP servers, the pressure is on to deliver a working and scalable solution and do it quickly and within budget.

I worked with the founders, Amir and Karam Fattal, to identify the project requirements and I designed and implemented the backend for both the mobile app and a CMS in 4 weeks.

The MVP launched on time and without a hitch. It impressed the investors and the app was well-received by users and allowed the company to go further in development and continue building on what we have.

Let’s schedule a call to talk about your project and how I might be able to add value to your business.

Schedule a Call
Yan is one of the rare people who can speak the language of business and of devs, while presenting solutions that are spot on. Bring him on, it’s just common sense. 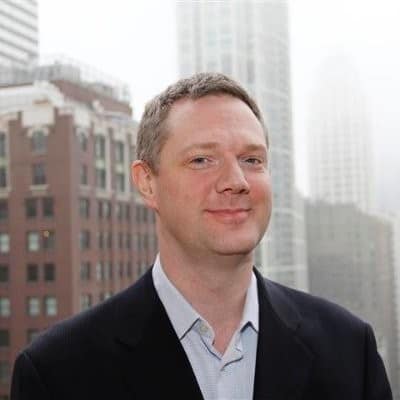 David Wilts
Founder/CEO at Digital Masterplanning
Yan was extremely knowledgeable and personable. He was able to answer difficult questions with ease, and has helped steer us in the right direction going forward with AWS. 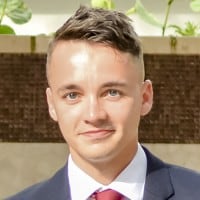 Daniel Mackenzie
Software Engineer at CEF
Yan took us through a proper deep dive into the typical AWS services leveraged in serverless solutions. Exceptional pairing when questions arrived, and he took time to discuss our needs and issues, in the context of the different topics covered. 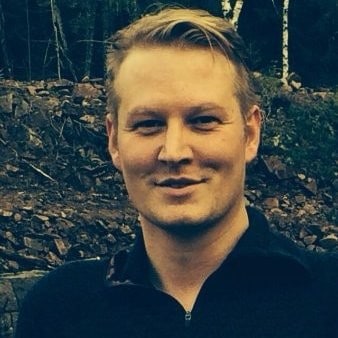 Arne Haagensen
Head of Public Cloud at Capra Consulting
If you want to learn Serverless and AWS, you can not find a better person than Yan. His workshop is full of practical, actionable advice. This is one of the best investments you can make for your Serverless journey. 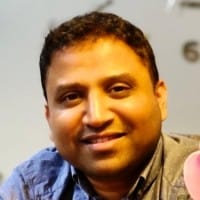 Bala Chalasani
Founder at Cloud Architectures
We were really very lucky to have Yan come in and help us adopt serverless successfully. His approach of listening and really understanding our problems, and coming up with well thought out architectures, was just what we needed. I highly recommend hiring Yan, you won’t regret it! 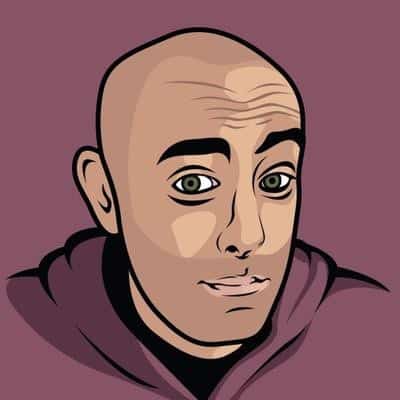 Eric Allam
Principal Engineer at SolveHQ
Yan is very easy to work with and extremely knowledgable about AWS and its services based on his hands-on experience.  He was able to quickly understand our requirements and give us good suggestions or options about what to do. I would gladly work with him again. 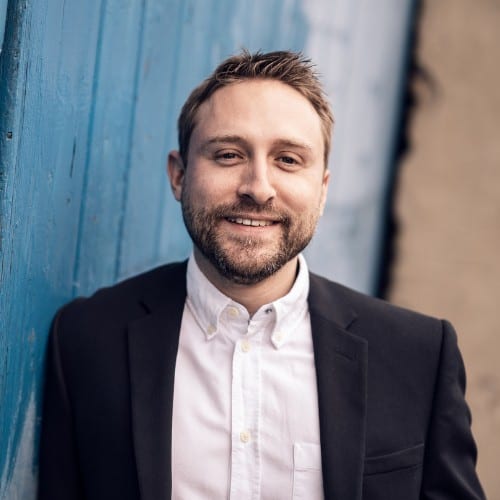 “Serverless is easy, we don’t need any help”

Serverless technologies have simplified many aspects of application development, but it also represents a significant paradigm shift and is moving at an enormous pace. The AWS ecosystem and best practices around them are evolving on a daily basis, and most find it difficult to keep pace with the updates. As a result, many are following out-dated advice that doesn’t take into account new service features and tools that are now available to them.

As someone who’s solely focused on the serverless space and is working closely with both AWS and third-party vendors, I’m in a much stronger position to offer you the most timely advice based on the latest developments in the platform and the wider ecosystem.

“Your service is expensive, we can’t afford it right now”

On paper, I can totally understand that. But consider the cost of your engineering team going down the wrong path, and then having to backtrack in 3 months time. Many of my clients came to me late on in the project, only to discover significant issues in their architecture because they lacked the necessary knowledge early on. Not only did they waste months of development work, but they now have to spend even more development time to undo their previous work and re-architect. Project launches are delayed, reputations are damaged, and the financial costs are significant.

In every single case, the damage was completely avoidable if they had asked for help when they needed it. Better guidance and direction early on would have steered them onto the right path. The lost productivity from the development team alone would have paid for my services 10 times over.

I have run production workloads at scale in AWS since 2009 and have a track record of improving businesses with technology.

For instance, I lead a small team that transformed a social network to run almost entirely on serverless in 6 months. We addressed the technical debt we inherited and added lots of new features along the way. We went from 4-6 production releases a month to averaging 80 a month. Feature delivery time went from months to days, and sometimes even hours.

Along the way, the system also became more scalable, have fewer issues and were over 90% cheaper to run.

Before transitioning to consulting, I have worked as a principal engineer or architect within a variety of industries ranging from banking, e-commerce, social networks to mobile gaming. I have worked in both start-up environments as well as large enterprises and can adapt my approach based on the client’s constraints and context.

I’m also a prolific writer, trainer, speaker, and regular contributor to many open-source projects. My articles on AWS and serverless have been read millions of times and have helped hundreds of thousands of developers on their serverless journey. For my contributions towards the AWS community, AWS has recognised me as an AWS Serverless Hero since 2018.

In working with me, you’re not only partnering with one of the most respected and independent voices in the serverless space, but also someone who gives a damn about your success because his success depends on it!

I consider my greatest strength to be my ability to quickly adapt to my client’s needs and constraints and offer pragmatic solutions to their problems. I will always advocate for positive business outcome over following rules. And above all else, I will shoot from the hip and tell you how it is, and that’s the value of me being independent.

Tell me about your project and let’s explore the possible ways for us to work together.

I book projects on a first come, first served basis and priorities are given to existing clients. Reserve your spot on my calendar to make sure you get the maximum value from my service and meet those project and launch deadlines!

Want to learn how to build Serverless applications and follow best practices? Subscribe to my newsletter and join over 4,000 AWS & Serverless enthusiasts who have signed up already.