ps. look out for all my other solutions for Advent of Code challenges here.

Sorry for the delay in getting this post out today, I enjoyed some really fine Ramen with some of the lovely people I worked with at Yubl and only managed to find time to do the challenge and write this post late in the evening.

(ps. here are some of the best people I have ever had the pleasure to work with 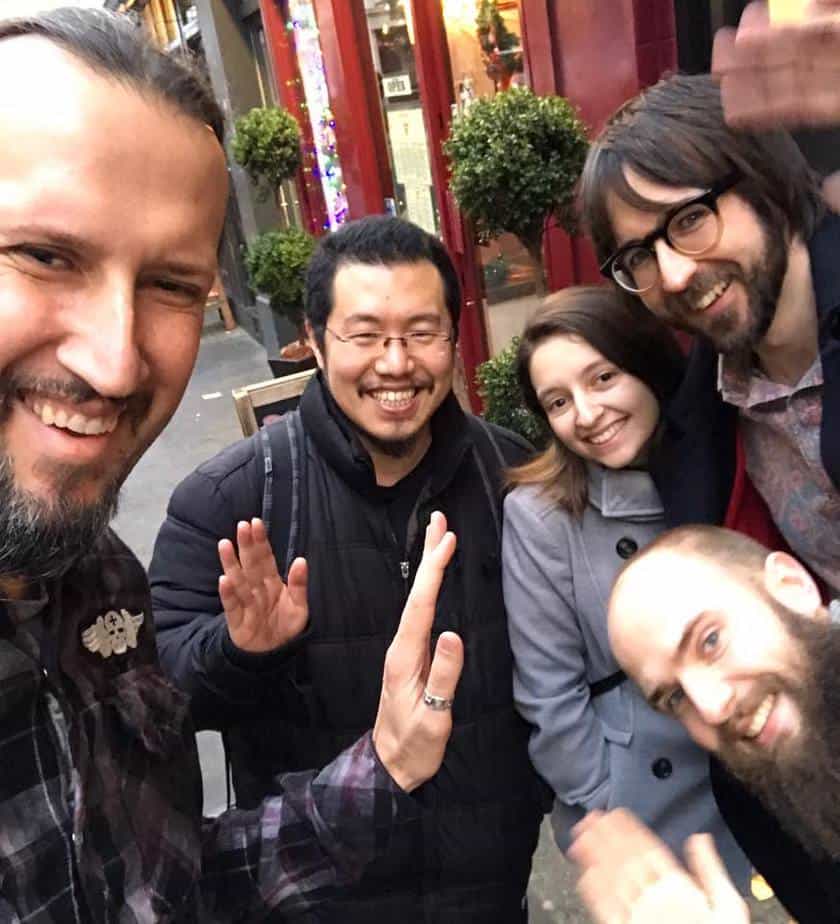 anyways, let’s get back to the main topic…

See details of the challenge here.

Looking at the input, they all follow a similar pattern and we can separate them out with String.Split(‘[‘, ‘]’) and end up with an array where the odd number elements are the hypernet sequences.

We still need a way to look for ABBAs, which fortunately can be achieved easily with Seq.windowed and a bit of pattern matching (see the hasABBA function below).

You would also like to know which IPs support SSL (super-secret listening).

An IP supports SSL if it has an Area-Broadcast Accessor, or ABA, anywhere in the
supernet sequences (outside any square bracketed sections), and a corresponding
Byte Allocation Block, or BAB, anywhere in the hypernet sequences. An ABA is any
three-character sequence which consists of the same character twice with a
different character between them, such as xyx or aba. A corresponding BAB is the
same characters but in reversed positions: yxy and bab, respectively.

We can use the same technique of Seq.windows + pattern matching to find all the ABAs, but we also need a hasBAB function to check if any of the corresponding BABs exists in a hypernet sequence.

Whilst I was at it, I also threw in a ToBABs active pattern to convert an array of ABAs into their corresponding BABs.

The question was slightly ambiguous – I wasn’t sure if all the corresponding BABs need to exist in the hypernet sequences or just one, I went with the later and that got me the right answer so I guess I got lucky there.