Since Yubl’s closure quite a few people have asked about the serverless architecture we ended up with and some of the things we have learnt along the way.

As such, this is the first of a series of posts where I’d share some of the lessons we learnt. However, bear in mind the pace of change in this particular space so some of the challenges/problems we encountered might have been solved by the time you read this.

ps. many aspects of this series is already covered in a talk I gave on Amazon Lambda at Leetspeak this year, you can find the slides and recording of the talk here.

From A Monolithic Beginning

Back when I joined Yubl in April I inherited a monolithic Node.js backend running on EC2 instances, with MongoLab (hosted MongoDB) and CloudAMQP (hosted RabbitMQ) thrown into the mix. 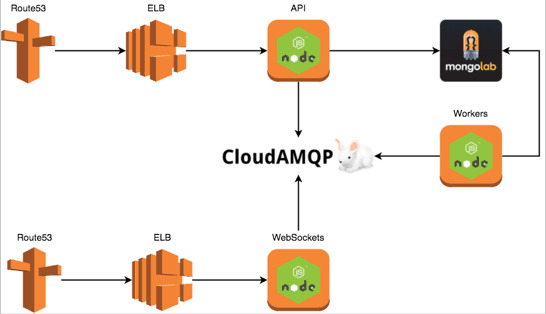 There were numerous problems with the legacy system, some could be rectified with incremental changes (eg. blue-green deployment) but others required a rethink at an architectural level. Although things look really simple on paper (at the architecture diagram level), all the complexities are hidden inside each of these 3 services and boy, there were complexities!

My first tasks were to work with the ops team to improve the existing deployment pipeline and to draw up a list of characteristics we’d want from our architecture:

From here we decided on a service-oriented architecture, and Amazon Lambda seemed the perfect tool for the job given the workloads we had:

To a Serverless End

It’s suffice to say that we knew the migration was going to be a long road with many challenges along the way, and we wanted to do it incrementally and gradually increase the speed of delivery as we go.

The first step of the migration was to make the legacy systems publish state changes in the system (eg. user joined, user A followed user B, etc.) so that we can start building new features on top of the legacy systems.

To do this, we updated the legacy systems to publish events to Kinesis streams.

Our general strategy is:

After 6 months of hard work, my team of 6 backend engineers (including myself) have drastically transformed our backend infrastructure. Amazon was very impressed by the work we were doing with Lambda and in the process of writing up a case study of our work when Yubl was shut down at the whim of our major shareholder.

Here’s an almost complete picture of the architecture we ended up with (some details are omitted for brevity and clarity). 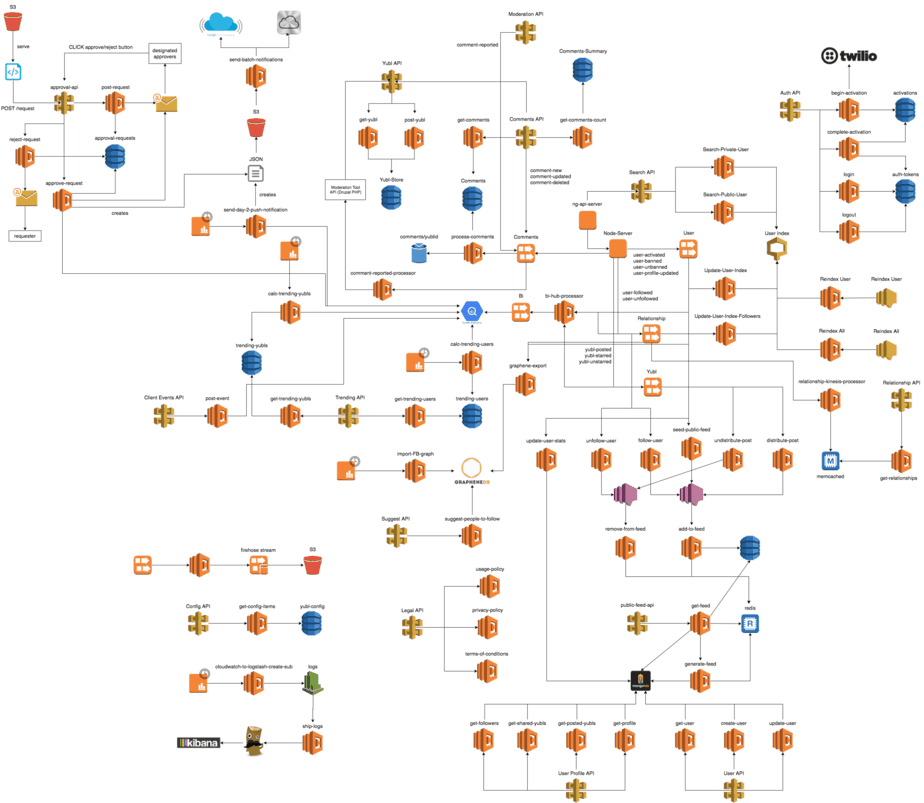 For the rest of the series I’ll drill down into specific features, how we utilised various AWS services, and how we tackled the challenges of:

I can also explain our strategy for testing, and running/debugging functions locally, and so on. If there’s anything you’d like me to cover in particular, please leave a comment and let me know.