Just before Yubl’s untimely demise we did an interesting piece of work to redesign the system for sending targeted push notifications to our users to improve retention.

The old system relied on MixPanel for both selecting users as well as sending out the push notifications. Whilst MixPanel was great for getting us basic analytics quickly, we soon found our use cases outgrew MixPanel. The most pressing limitation was that we were not able to query users based on their social graph to create target push notifications – eg. notify an influencer’s followers when he/she publishes a new post or runs a new social media campaign.

Since all of our analytics events are streamed to Google BigQuery (using a combination of Kinesis Firehose, S3 and Lambda) we have all the data we need to support the complex use cases the product team has.

From a high level, we need to support 2 types of notifications.

For the scheduled notifications, we want to test out different messages/layouts to optimise their effectiveness over time. To do that, we wanted to support A/B testing as part of the new system (which MixPanel already supports).

We should be able to create multiple variants (each with a percentage), along with a control group who will not receive any push notifications.

The compromise we reached was an automated approval process whereby:

We decided to use S3 as the source for a send-batch-notifications function because it allows us to pass large list of users (remember, the goal is to support sending push notifications to millions of users in a batch) without having to worry about pagination or limits on payload size.

The function will work with any JSON file in the right format, and that JSON file can be generated in many ways:

We also considered moving to SNS but decided against it in the end because it doesn’t provide useful enough an abstraction to justify the effort to migrate (involves client work) and the additional cost for sending push notifications. Instead, we used node-gcm and apn to communicate with GCM and APN directly. 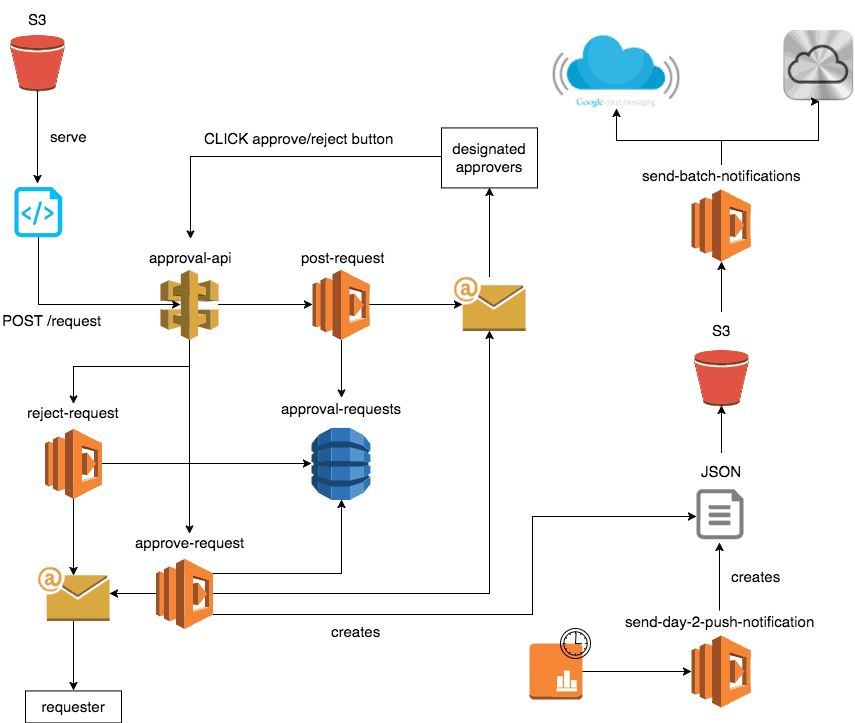 Lambda has a hard limit of 5 mins execution time (it might be softened in the near future), and that might not be enough time to send millions of push notifications.

Our approach to long-running tasks like this is to run the Lambda function as a recursive function.

A naive recursive function would process the payload in fixed size batches and recurse at the end of each batch whilst passing along a token/position to allow the next invocation to continue from where it left off. In this particular case, we have additional considerations because the total number of work items can be very large:

To minimise the no. of recursions, our function would: 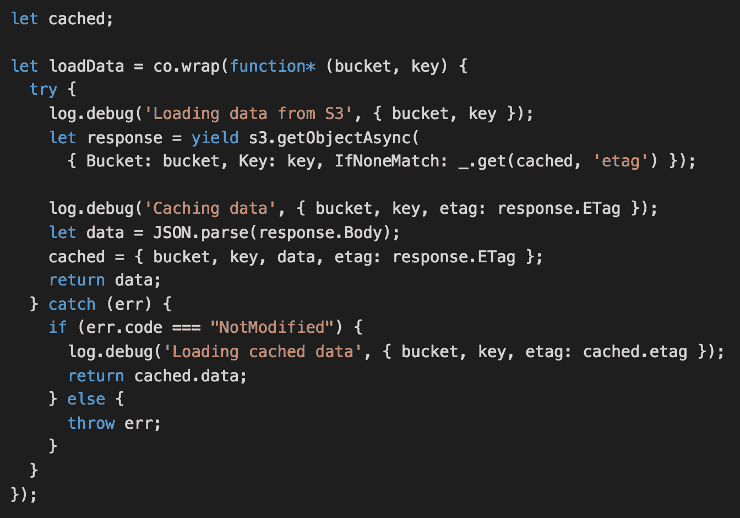 With this set up the system was able to easily handle JSON files with more than 1 million users during our load test (sorry Apple and Google for sending all those fake device tokens :-P).