By now many of you would have heard about the demise of Yubl – the startup where I have been working the last 7 months – in the same week Karhoo also announced its closure.

It took all of us by surprise, and happened at a time when we have made real strides in the (r)evolution of our backend architecture. AWS was really impressed with what we were doing with Amazon Lambda and in the midst of conducting a case study on our work, unfortunately that’ll no longer see the light of day.

Our engagement numbers were much better than other similar social networks at the same age, and the VCs loved our numbers, we just didn’t have enough of it to prove our long-term trajectory. Every VC we spoke to wanted to see 12 months worth of data before they are willing to get involved, and in the end we simply run out of time to raise the necessary funding and our major shareholder Peter Simon put us into administration.

Looking back, there were lessons to be learnt from this unfortunate event:

Sadly, those who have turned the company around in the last 10 months – our current CEO Gareth Evans and CTO Brett Johansen – weren’t involved in the preceding 18 months when much of the damage had already been done. Under the previous regime millions of investment had been wasted on expensive contractors and 3rd party vendors with no product to show for it.

Despite the unhappy end, it has been an exciting 7 months for me personally, and I’m really proud of the work my team accomplished in such a short time. We have learnt many valuable lessons and gained a deep understanding of the benefits and challenges of the new Function-as-a-Service (FAAS) paradigm. I guess one silver lining is that I now have plenty of time to blog and share those experiences with you over the coming weeks as I look for my next move.

Throughout these difficult last few days, our CEO Gareth Evans continued to fight for that glimmer of hope to keep the company going, and for the right of employees to be paid the wages they’re owed (despite losing out the millions he has invested into the company himself).

My biggest regret is that the wonderful server team we assembled has been disbanded. Everyone knows how difficult it is to form an effective team, you need the right chemistry amongst the team members and we had that in abundance.

In typical Yubl fashion, I’ll end with a cat picture for all Yublers reading this. 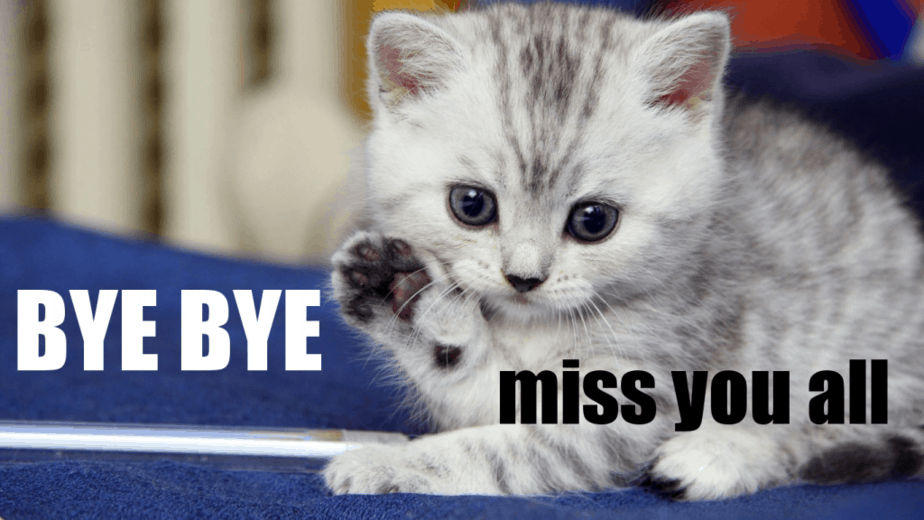 3 thoughts on “Yubl – a sad end to a wonderful journey”