Hi, welcome to another weekly update!

Welcome Binaris as our sponsor for August!

Regular readers of this blog would have noticed that over the last few months I have collaborated with Binaris on a number of blog posts, notably around serverless migration patterns.

It’s my honour to welcome Binaris as sponsor for this bog! Here’s a short message from the good folks at Binaris to explain what they’re building and their vision for the future of FAAS.

At Binaris we envision a world where applications are built out of functions. Functions are better for developers, better for operations and better from an infrastructure viewpoint. Binaris Serverless Platform lets developers use serverless functions for their core application development. We believe that when developers Think Functions they are faster, happier and more productive.
By Think Functions, we mean developers can focus on their own application code. It means that we take care of many of the burdens that stand in the way of building a scalable cloud application. It means that developers never think about servers, never think about cost and never think about performance.
Binaris invokes functions in milliseconds. We are 20x faster than Lambda and about 2x faster than traditional microservices, so you never have to worry about cold starts and pre-warming functions or configure services to colocate in order to achieve better response times. 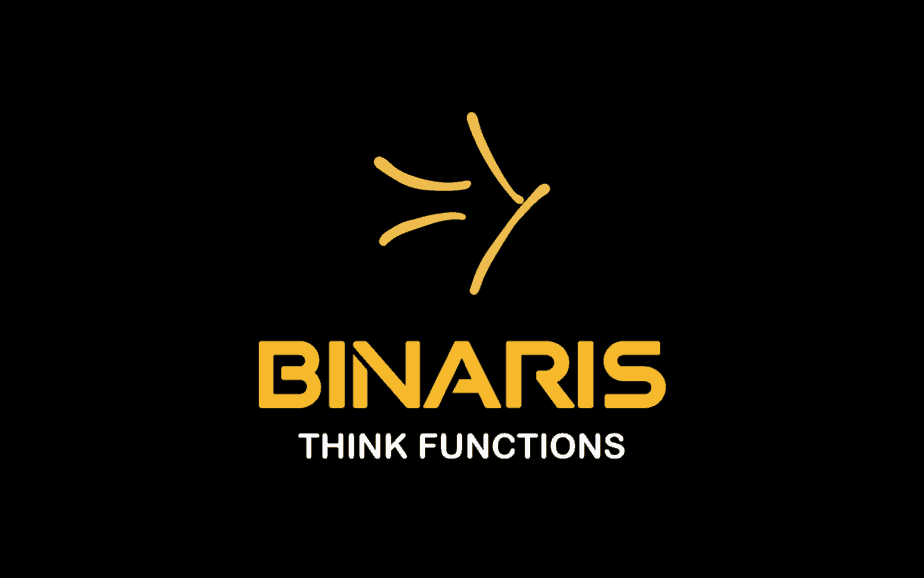 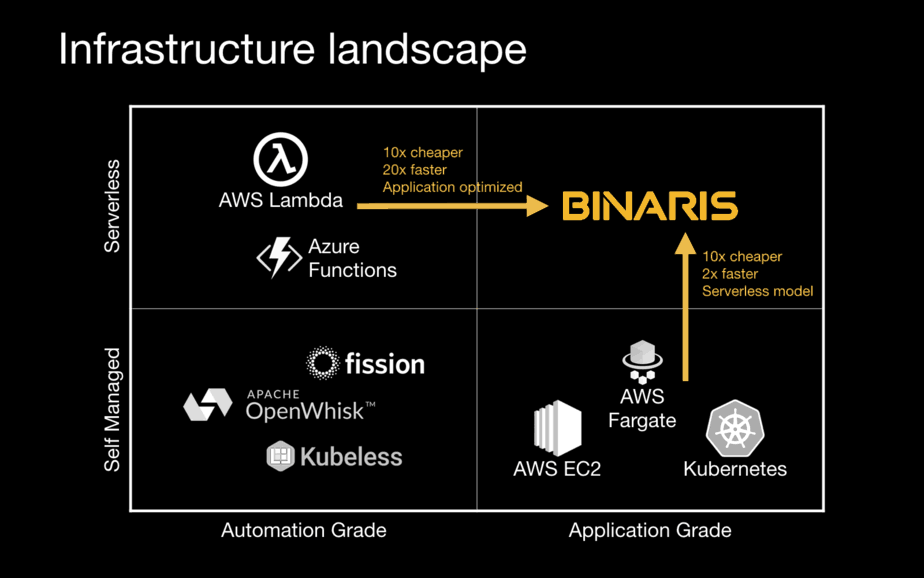 We have released 2 new videos on my video course Production-Ready Serverless, this time around performance and cost optimization.

Remember, whilst the course is still in the MEAP, you can get 40% off the face price using the code ytcui. As we are approaching the final release of the course, we have started brainstorming about what topics we should cover next. I’m running a poll on Twitter over the next couple of days, let us know what you’d like me to cover next!

As we approach the final completion of my video course Production-Ready Serverless (just 10 more videos to shoot! ??) https://t.co/XzK7H7FSAp … we're considering what to do next, let us know what topics you'd like me to cover! #serverless #aws #awslambda cc/ @ManningBooks

I have also turned this course into a classroom setting, so if you’re interested in having me run this as a workshop in your company, then drop me a line via the Contact page.

Step Functions: how to apply try-catch to a block of states. I have used AWS Step Functions a lot at DAZN and sometimes we find ourselves in a situation where I have to apply the same boilerplate code to catch errors from a number of states. Instead, you can simplify things by wrapping a block of states into a single-branched Parallel state, and apply the Catch clause just once! 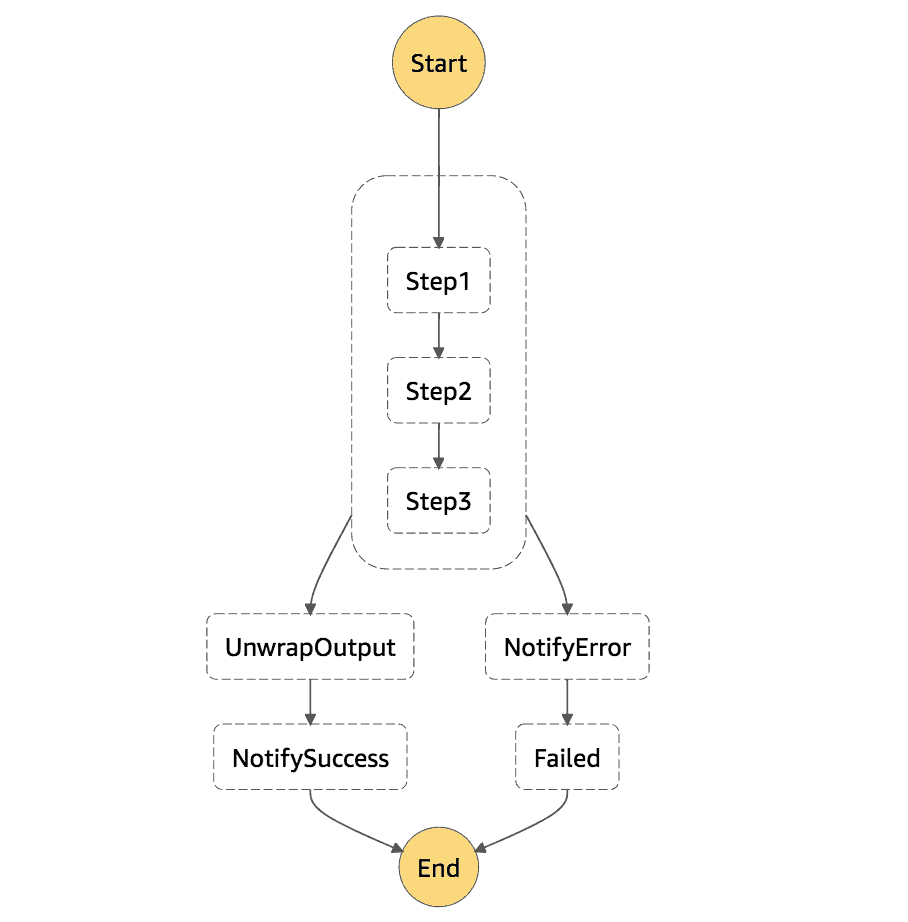 The big news this week is that Aurora Serverless is now generally available. It’s an exciting announcement. But, I can’t help but to feel disappointed that Aurora Serverless is still based on persistent connections as opposed to simple HTTP request-response model like DynamoDB. It puts the burden of managing connection pooling onto my shoulder, something I would do without…

ServerlessConf 2018 San Francisco: Key takeaways for the future of serverless by Andrea Passwater

Takeaways from the ServerlessConf SF 2018 by Erez Berkner

A tale of two teams by Jeremy Daly