An interesting question came up on the AppSync Masterclass forum, and it highlights a common way you can get into CloudFormation circular dependencies.

In the CloudFormation stack, there is an AppSync API, which uses a Cognito User Pool for authentication and authorization. When a user signs up, the app should fire an update on a subscription. To do this, the intuitive solution would be to use Cognito User Pool’s PostConfirmation hook to trigger a Lambda function to make a mutation operation against the AppSync API.

On paper, this solution should work if you can get CloudFormation to deploy it!

The problem is that, for this Lambda function to work, it needs to know:

In doing so, it introduced a circular dependency between the AppSync API, the Cognito User Pool, the Lambda function and its IAM role. In fact, as you can see from the below, there are two circular dependencies here. 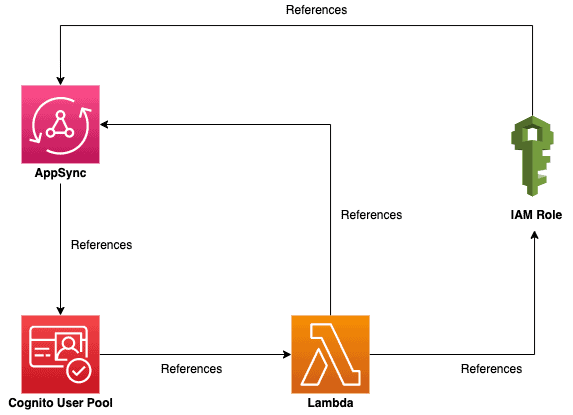 Let’s use this problem to illustrate three approaches that I use to break circular dependencies in CloudFormation, in order of preference.

CloudFormation builds a resource graph based on how resources reference each other using pseudo-functions such as !Ref, !GetAtt or !Sub. This dependency graph tells CloudFormation the order to create the resources.

However, a circular dependency puts CloudFormation in a pickle because there’s no way to determine which resource to create first.

The simplest way to break this circular dependency in the eyes of CloudFormation is to replace pseudo-functions with handcrafted strings.

In this example, we can break both circular dependencies by replacing one of these two resources: 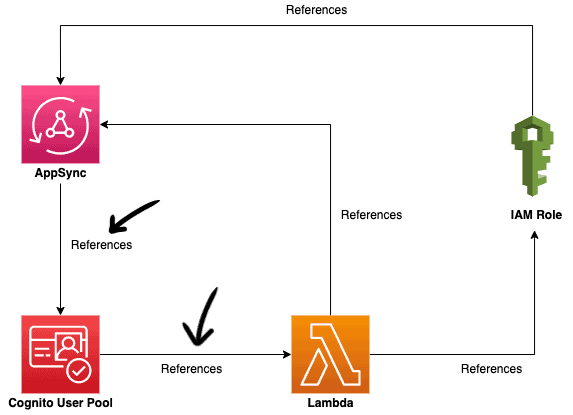 If you decide to go with the Cognito User Pool’s reference to the Lambda function, then we need to replace this: 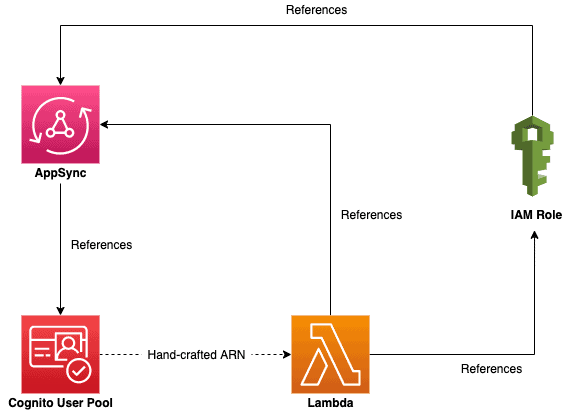 Where this approach doesn’t work

If the string produced by the CloudFormation pseudo-function is not deterministic then this approach won’t work.

Approach 2: introduce a layer of indirection

Another approach would be to rearchitect the system to introduce a layer of indirection to separate:

In this case, the PostConfirmation function would publish a UserSignedUp event to an EventBridge bus. This triggers a downstream Lambda function that makes the GraphQL mutation request to the AppSync API. 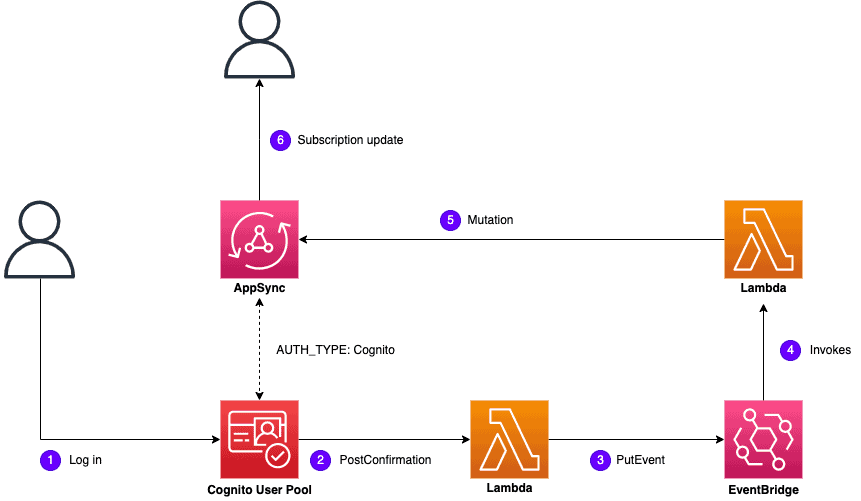 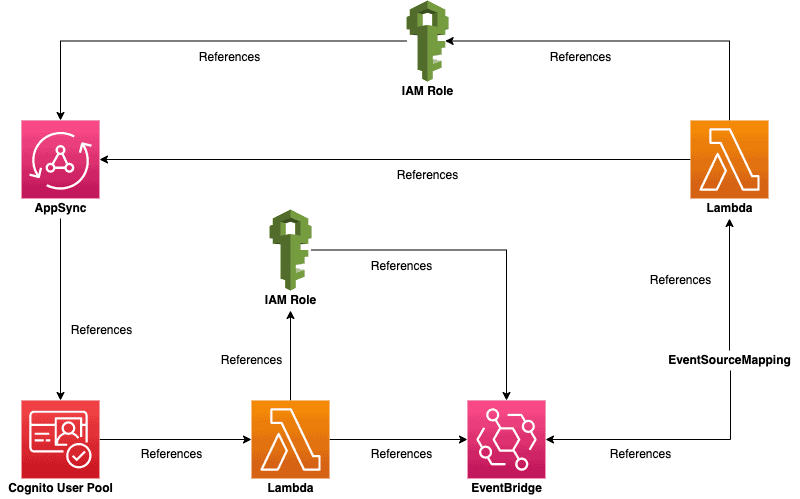 As you can see, there are no more circular dependencies.

Pros of this approach

Although I had framed this approach in the context of resolving a CloudFormation circular dependency, this event-driven approach has its own merits:

This approach works best as part of an overarching architectural approach to use events as the driving force of your architecture. When employed as an isolated use case to solve a CloudFormation circular dependency issue, it’s akin to taking a hammer to crack an egg given the following drawbacks.

Cons of this approach

Approach 3: make the dependency a parameter that can be loaded at runtime

You can also capture the desired value as an SSM parameter and have the Lambda function load it at runtime.

Using the above example, we can capture the GraphQL URL as an SSM parameter:

But you will still end up with a circular reference because the Lambda function would need permissions to access the parameters at runtime. 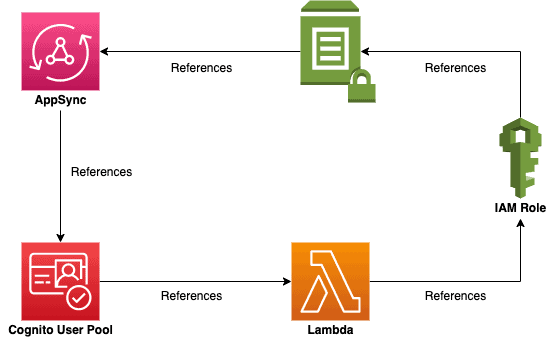 The difference now is that you have named the SSM parameter and therefore its ARN is predictable. So the IAM policy’s reference to the parameter can be replaced with a handcrafted ARN string: 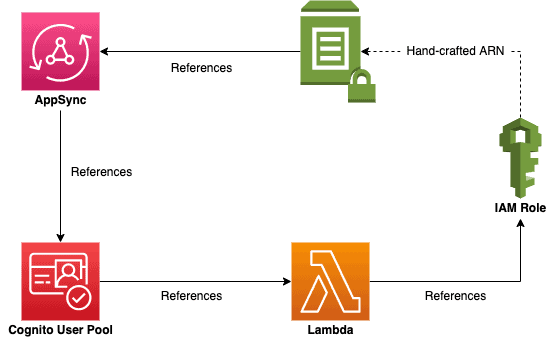 Unlike approach 2, there are no architectural benefits that we can derive from this approach.

And since there are additional runtime dependencies on SSM parameters, it would also introduce extra latency to the Lambda function. You can mitigate this latency overhead somewhat by caching the retrieved values during cold start (for example, by using middy’s SSM middleware).

Another problem with this approach is that it doesn’t work for a lot of situations. For example, if the circular reference is introduced by an IAM policy:

In these cases, it’s not possible to simply move the AppSync API’s ARN to an SSM parameter. And unfortunately for us, the ARN of an AppSync API contains the API ID, which is generally generated. In case you’re wondering, they look like this: arn:aws:appsync:<region>:<account-id>:apis/er4emjzpqfhkbfithluoormr64.

In this post, we discussed the problem of circular dependencies in a CloudFormation stack and highlighted a common way of getting yourself into such situations. I outlined three different approaches that I use to resolve this problem: