Which begs a very good question:

What if I want to concatenate an observable collection with another regardless of whether the first succeeds or not?

Well, the answer to that question is IObservable<T>.OnErrorResumeNext, which always subscribes to the second observable collection at the end of the first. 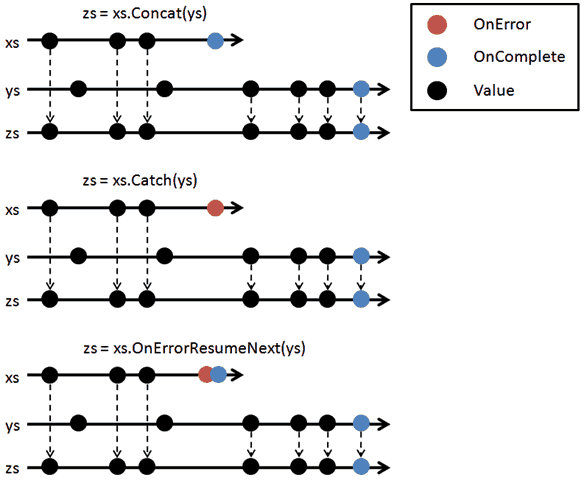 Like so many other merge-type extension methods in Rx, there are two flavours to choose from when using the Catch or OnErrorResumeNext methods. Either as extension method:

or as static methods which give you the option to merge more than two observable collections: