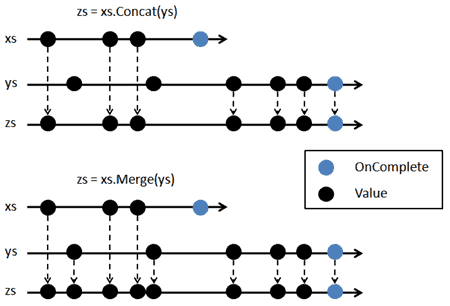 As you’ve probably guessed already, the Concat method requires the observable collections to be merged to be of the same type.

Again, you can either invoke it as an extension method:

or you can invoke it as static method on more than two observable collections: