When I hear people talk about Go, a lot of the discussions focus on its concurrency features. Whilst it has a good concurrency story, the language landscape is currently filled with languages that have an equally good or better concurrency story – F#, Erlang, Elixir, Clojure, etc…

Personally, what I found really interesting from my time with Go was how its interfaces work. In short, interfaces do not need to be explicitly implemented – i.e. no implement keyword. Instead, interfaces are satisfied implicitly.

In dynamic languages such as Python, you have the concept of Duck Typing. 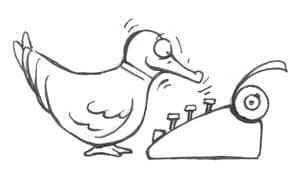 Suppose you have a say_quack  function in Python which expects its argument to have a quack  method. You can invoke the function with any object so long it has the quack  method. 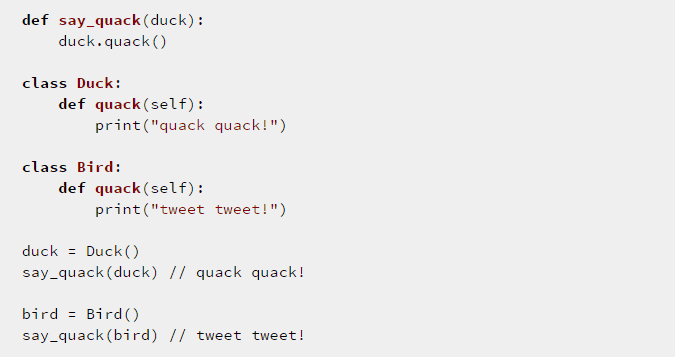 Duck typing is convenient, but without a compiler to catch your mistakes you are trading a lot of safety for convenience. 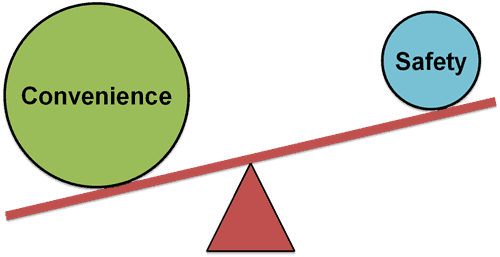 What if there’s a way to get the best of both worlds?

In F#, this can be achieved through statically resolved type parameters: 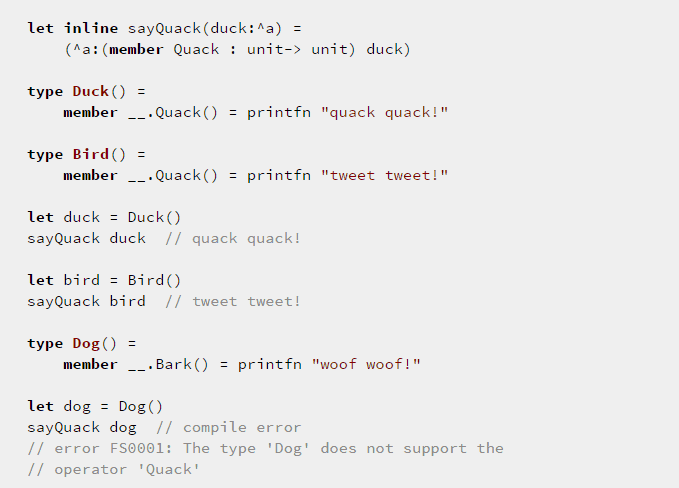 But syntactically, statically resolved TP is kinda clunky and not the easiest to read. Go’s interfaces represent a more elegant solution in my view.

In Go, suppose you have an interface for a Duck:

Any struct that has a Quack  method will implement the Duck  interface implicitly and can be used as a Duck. 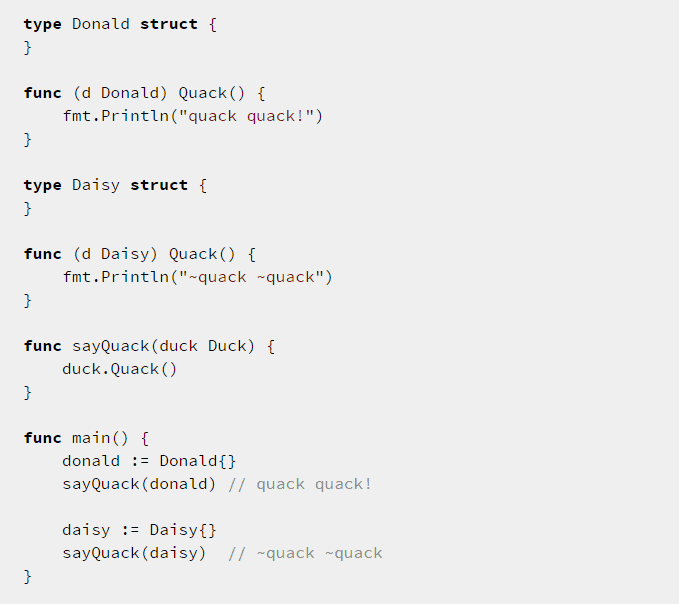 (try it yourself here)

If you have another struct, Dog, which doesn’t have a Quack  method and you tried to use it as a Duck  then you’ll get a compile time error: 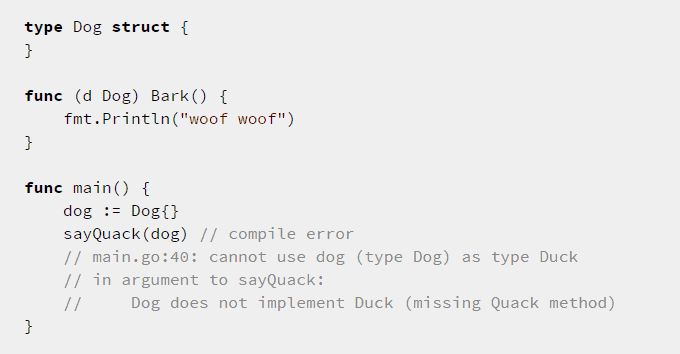 (try it yourself here)

so there, the convenience of duck typing with the safety of static checking! 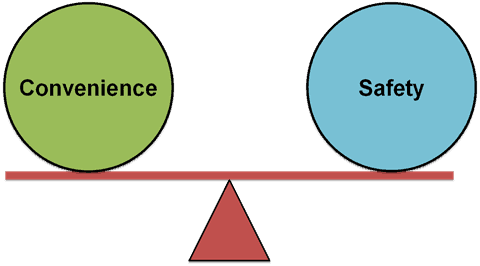 The design for Go’s interface stems from the observation that patterns and abstractions only become apparent after we’ve seen it a few times.

So rather than locking us in with abstractions at the start of a project when we’re at the point of our greatest ignorance, we can define these abstractions as and when they become apparent to us.

When you create a new interface, you don’t have to go back and tag every implementation, which sometimes might not be possible if the implementation is owned by a 3rd party.

All and all, even though I don’t enjoy writing code in Go (as you tend to write imperative style of code), I think there are some very interesting ideas and lessons to take from the language.

It’s also a very relevant language of our time, with some important products (ahem, Docker) having been written in Go.

It’s a very small language still, and its website does a good job in helping you get started. Take a tour of Go if you’re interested in learning more about the language.