One of the complaints developers often have for AWS Lambda is the inability to run and debug functions locally. For Node.js at least, the Serverless framework and VS Code provides a good solution for doing just that.

An often underused feature of the Serverless framework is the invoke local command, which runs your code locally by emulating the AWS Lambda environment. Granted, it’s not a perfect simulation and only works with Node.js and Python, but it has been good enough for most of local development needs.

With VS Code, you have the ability to debug Node.js applications, including the option to launch an external program.

Put the two together and you have the ability to locally run and debug your Lambda functions.

In general, it’s a good idea to install Serverless framework as a dev dependency in a project because: 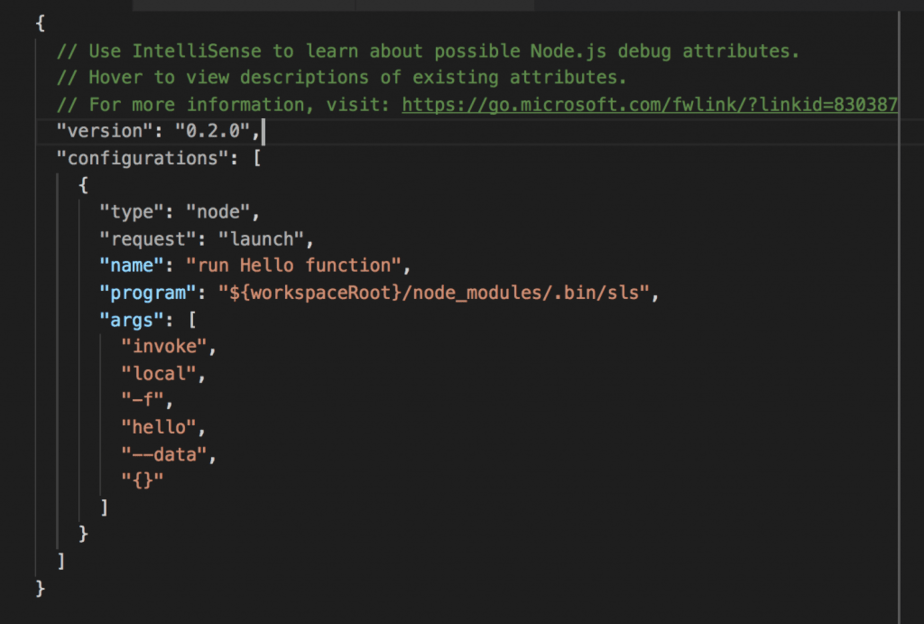 Invoke the “sls invoke local” CLI command against the “hello” function with an empty object {} as input. It’s also possible to invoke the function with a JSON file, see doc here.

Couple of things to note: