A use case happened at work recently, where we need to subscribe a SQS queue to a SNS topic running in another AWS account. On the surface this seems like something many people would need to do, and indeed I was able to find an official tutorial pretty quickly. But the tutorial is all “click this in the SQS console, and do that in the SNS console”. We are strong believers in Infrastructure as Code and having someone do the subscription steps manually is not going to work, especially given that we’ll be repeating this process in many places.

So here’s what I learnt as I translate the tutorial steps into CloudFormation, and some gotchas I found.

First, in the SNS account, you need to add a SNS TopicPolicy to give the SQS account permission to call sns:Subscribe on the relevant topic(s). 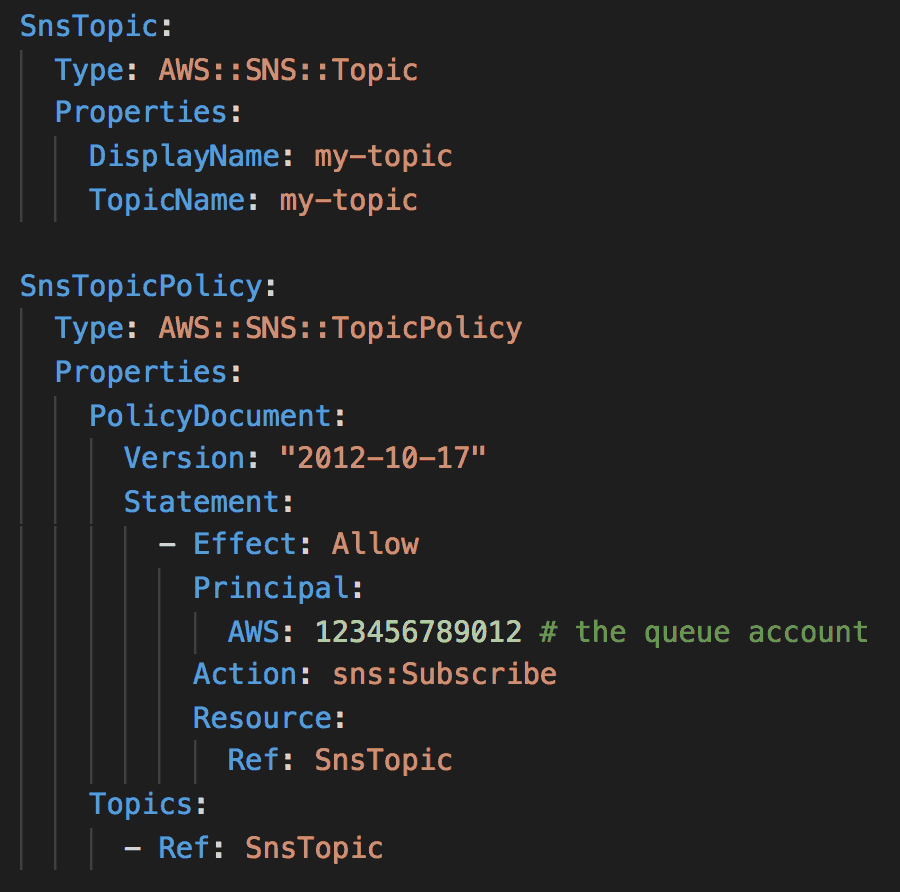 Then, in the SQS account, you need to create: 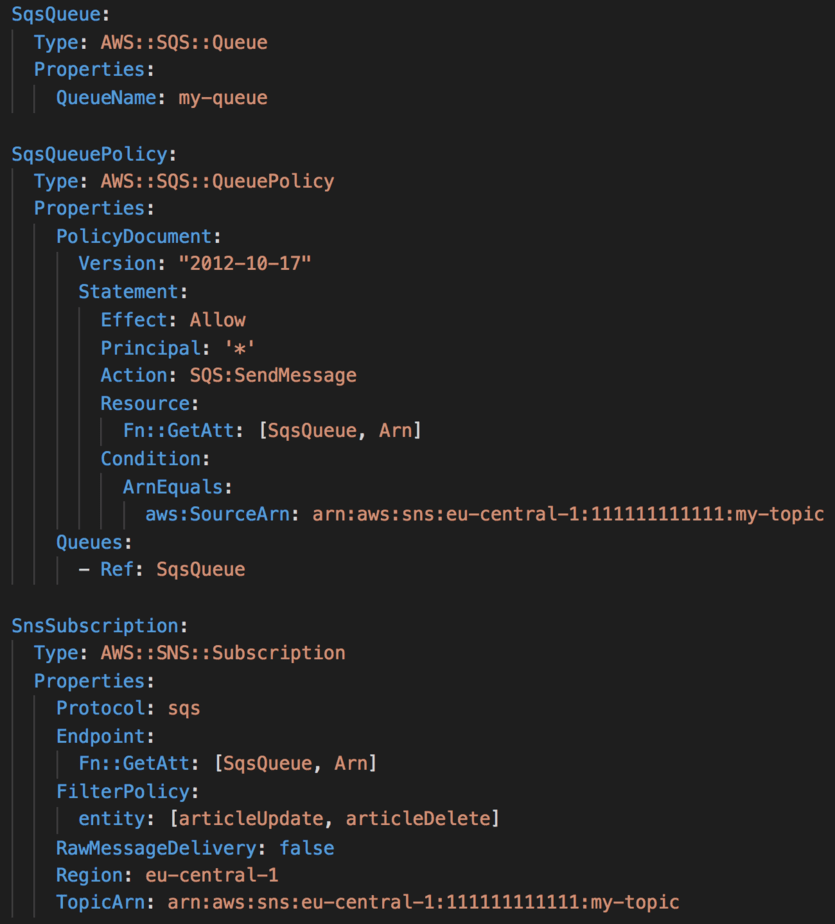 All in all, it was pretty straight forward once I figured out the magic incantation to make it work.

Another behaviour difference that I didn’t anticipate was how the SNS Filter Policy affects the structure of the message I would receive in the SQS queue.

If I publish the following message to the SNS topic. 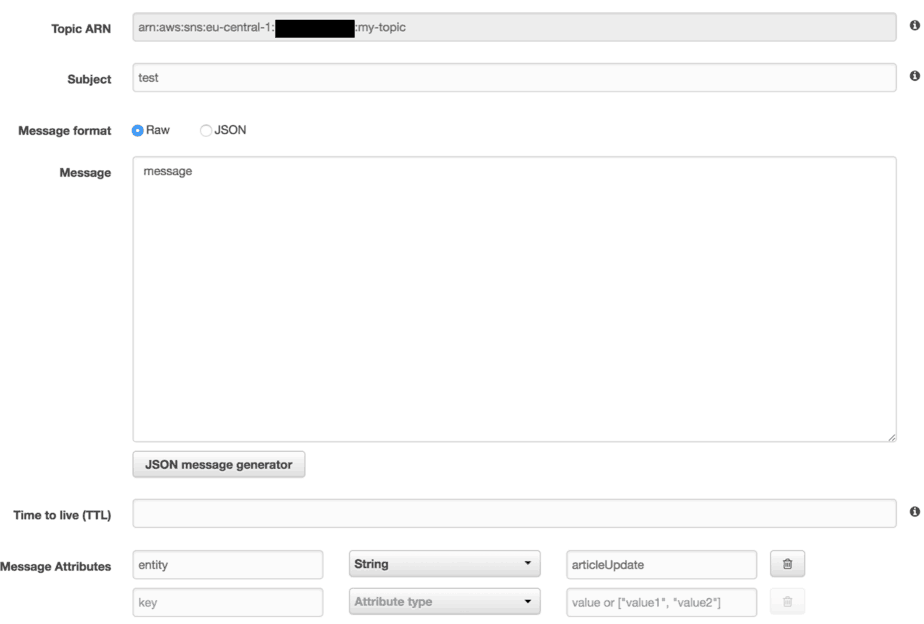 If Filter Policy is not set on the subscription then the SQS queue would receive a message like this:

The SNS message attributes are included as part of the JSON message body.

And not in the SQS message attributes.

If Filter Policy is set on the SNS subscription, then the SQS queue would receive a message like this instead:

Again, this behavioural difference seems pretty random. By filtering what messages I choose to receive I somehow receive messages in a completely different format…

Anyhow, I hope you find this useful, and hopefully it saves you half an hour of head scratching!