CloudWatch Events let you easily create cron jobs with Lambda. However, it’s not designed for running lots of ad-hoc tasks, each to be executed once, at a specific time. The default limit on CloudWatch Events is a lowly 100 rules per region per account. It’s a soft limit, so it’s possible to request a limit increase. But the low initial limit suggests it’s not designed for use cases where you need to schedule millions of ad-hoc tasks.

It’s possible to do this in just about every programming language. For example, .Net has the Timer class and JavaScript has the setInterval function. But I often find myself wanting a service abstraction to work with. There are many use cases for such a service, for example:

However, AWS does not offer a service for this type of workloads. CloudWatch Events is the closest thing, but as discussed above it’s not intended for the use cases above. You can, however, implement them using cron jobs. But such implementations have other challenges.

I have implemented such service abstraction a few times in my career already. I experimented with a number of different approaches:

And lately I have seen a number folks use DynamoDB Time-To-Live (TTL) to implement these ad-hoc tasks. In this post, we will take a look at this approach and see where it might be applicable for you.

How do we measure the approach?

For this type of ad-hoc tasks, we normally care about:

DynamoDB TTL as a scheduling mechanism

From a high level this approach looks like this:

DynamoDB can handle large throughputs (thousands of TPS) too. So this approach can also be applied to scenarios where thousands of items are scheduled per second.

But, events are processed in sequence. So it can take some time for your function to process the event depending on:

So, while this approach can scale to support many tasks all expiring at the same time, it cannot guarantee that tasks are executed on time.

This is the big question about this approach. According to the official documentation, expired items are deleted within 48 hours. That is a huge margin of error!

As an experiment, I set up a Step Functions state machine to: 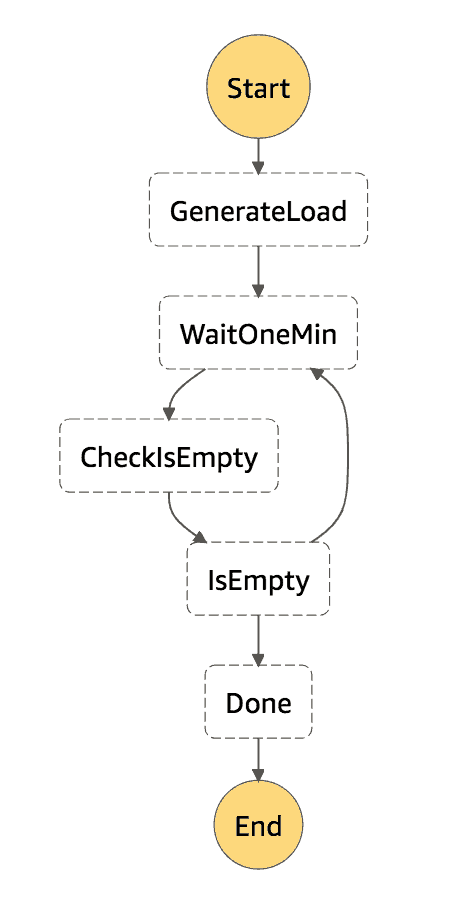 I performed several runs of tests. The results are consistent regardless the number of items in the table. A quick glimpse at the table tells you that, on average, a task is executed over 11 mins AFTER its scheduled time.

I repeated the experiments in several other AWS regions:

Based on the result of my experiment, it will appear that using DynamoDB TTL as a scheduling mechanism cannot guarantee a reasonable precision.

On the one hand, the approach scales very well. But on the other, the scheduled tasks are executed at least severals minutes behind, which renders it unsuitable for many use cases.