Over the last week or so, I’ve been looking at and playing around with the Streams API in Dart, which has been (in part at least) based on the Rx API, and it’s easy to see the parallels between the two sets of APIs and you can find most of the core Rx APIs on Dart’s Stream type already, but there were a few notable absentees which I have often found useful, such as merge, zip, delay and window.

With these absentees in mind I started a small Dart project called stream_ext (for stream extensions) to port them over, and here are some details of the first couple of functions I have done along with some live demo examples. 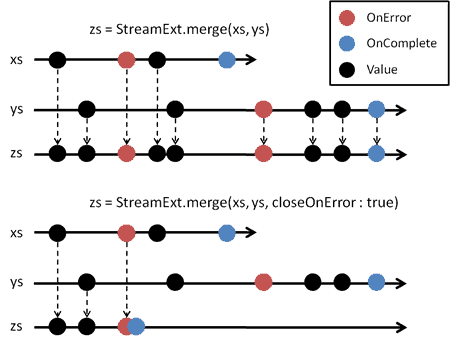 You can try a live demo use of the merge function here, with the source code here.

The combineLatest function merges two streams into one by using the supplied selector function whenever one of the streams produces an event. 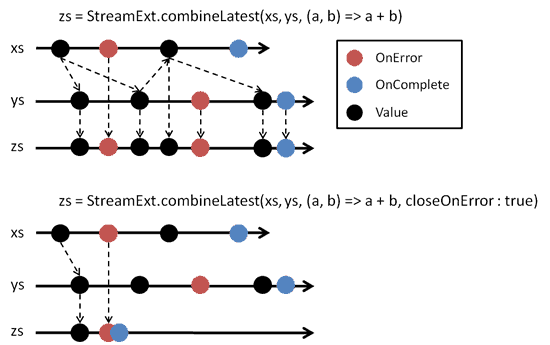 You can try a live demo use of the combineLatest function here, with the source code here.

The delay function creates a new stream whose events are directly sourced from the input stream but each delivered after the specified duration. 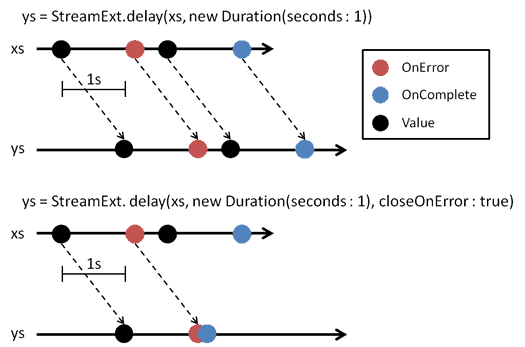 You can try a live demo (a port of the ‘Time flies like an array’ example) use of the delay function here, with the source code here. 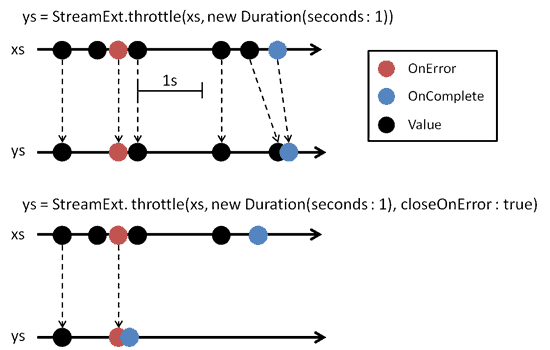 You can try a live demo use of the throttle function here, with the source code here.

The zip function combines two streams into one by combining their elements in a pairwise fashion, combining the latest value on each stream and producing a new event using the supplied zipper function. 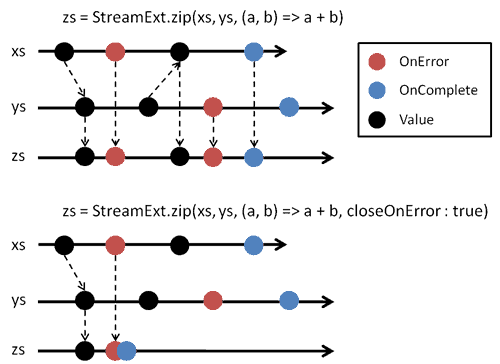 You can try a live demo use of the zip function here, with the source code here.

It’s still early days and there are quite a few more useful Rx function I think will be useful to people working with Dart, and I hope you find these extension functions useful and please don’t hesitate to get in touch and leave some feedbacks on the project!

4 thoughts on “stream_ext – bringing more Rx API to the Dart”