It’s been nearly two weeks since the official launch of SuperFunTown!, and over half a million players have joined in on the fun but many has yet to realise the full potential of their town because they’re still learning their way into the game.

Whether you’ve started playing the game or are thinking of joining, I’m here to give you some insights and tips to help you do well and get ahead of your friends!

The objective of the game is to build a big and beautiful town! In order to achieve this objective, you need to plan ahead as there are many constraints which you’ll need to manage in order to succeed. Before I go any further, let me give you a brief overview of all the different things you can build in this game:

In order for your town to grow, you need citizens. New people arrive at your town by bus everyday, but you still need to put a roof over their heads as any responsible mayor would.

Residential vary in cost and capacity, from the very basic hut to a towering skyscraper capable of housing hundreds of citizens!

Whilst you do get coins by collecting rent from your residential buildings, the backbone of every economy is undoubtedly the small to medium businesses and it’s no different here in SuperFunTown!

Like shops, factories provides an effect way for you to generate revenue in the game. Factories are a little bigger than shops in general and the goods you can stock with a factory have a better yield.

Attractions play an important role in helping your town grow because they attract more people to your town. So if you’re struggling to grow because you’re not getting enough new citizens every day then you should start building attractions in your town! Building an attraction also gives you a one off bonus of new citizens right away.

Transports are the most important unit of them all because with them would be citizens would have no way of getting to your town! Right now, bus is the only available transport but more will be added in the near future. The bus stop allows up to 4 bus arrivals per day, and each bus carries a number of new citizens calculated from your current population, level and the bonuses received from ‘active’ attractions in the town.

Now that I’ve got the basics out of the way, let’s look at some tips that will serve you well through out the course of the game.

As with most games on Facebook, it helps to have friends that are playing the same game.

Unlike most other games though, your friends become neighbours with you automatically as soon as they start playing too.

Having lots of friends playing SuperFunTown with you offers a number of advantages: 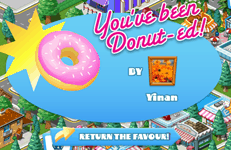 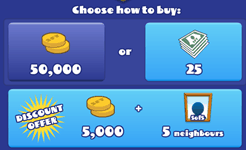 Most players don’t realised that by hiring a friend to work in your shops/factories you get a 10% bonus when you collect coins from them! This bonus is cumulative and is stacked up on top of the bonus you get when you friends give you donuts!

To hire a friend, click on the shop/factory, and click the ‘HIRE A FRIEND‘ button and choose the friend you want to hire in the following popup. Once your friend has been hired you will be able to see his profile picture when you hover over the shop! 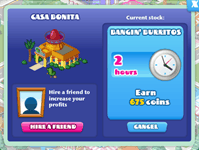 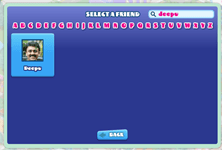 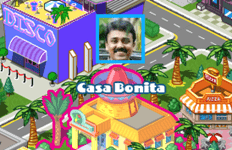 Besides hiring friends to work in your shops, you can also lease out your residential units to your friends! As you might have guessed already, you get a bonus on the rents when you collect from a residential unit where your friend is living in.

The steps to house a friend is simple, click on the residential unit to lease, in the popup window click ‘HOUSE A FRIEND‘. 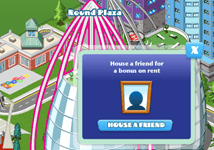 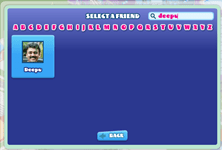 Give Donuts to Friends

Ok ok, I hear you, this only helps your friend but doesn’t give you any bonus. That’s true, but every time you donut your friend’s shops/factories, they’ll see a popup the next time they log in and chances are they’ll be kind enough to return the favour and give you some donuts back and help you out!

Ok folks, that’s it from me on the basics of the game and some general tips. In my next post I’ll go into more details on the economy of the game and take a closer look at the different commercial units available to you and which ones you should build to maximise your earning potential in the game!

Other Parts in the SuperFunTown Guide: