Last time out we implemented the Algae example from the L-System wikipedia page.

Frankly, it wasn’t very exciting at all, but still we needed to lay the ground work for stuff we’ll be looking at today. In this post (and the subsequent posts in the series) we’ll make use of the Core module that we had established in Part 1.

Starting from this example, things get interesting as we need to draw things on the screen, yay!

First, we need to define our L-System:

and a couple of type aliases:

Notice that we’re going to use a linked-list as the LIFO stack to record the position and angle. Because that’s how this particular L-System work:

Next, let’s add 2 helper functions for working with the stack:

Now, before we get into the drawing part, let’s take a quick refresher on how the coordinate system works in Elm (when you’re working with a collage at least). 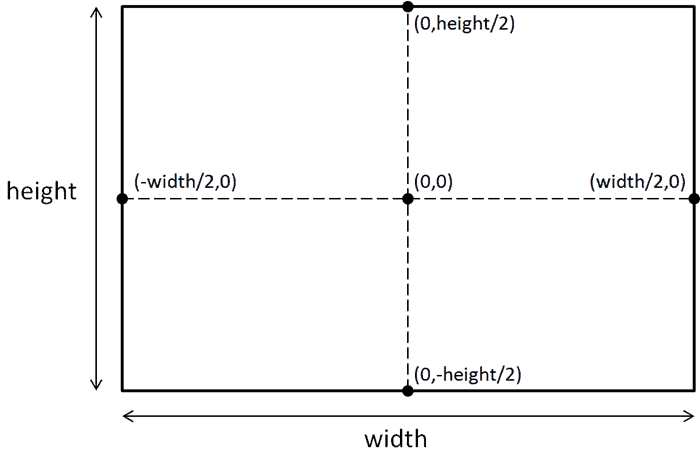 Here, (0, 0) is at the centre of the collage. For every object, its position is also determined by its centre point.

Next, let’s add another helper function that takes the current position of the path, and work out the next position based on the rotation angle (in radians) and the length of the new segment.

Next, let’s add a createSegments function that takes in: 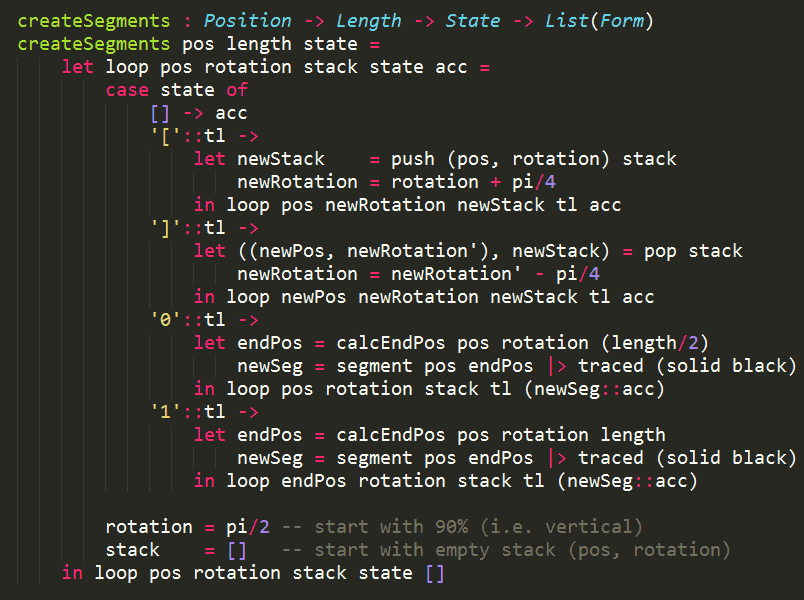 The above code is a pretty literal translation of the instructions:

This is because shadowing is not allowed in Elm.

All that is left to do now, is to collect the line segments and put them inside a collage that covers the entire window.

As I experimented with a number of length settings it became clear that the length really needs to change along with the generations.

I thought of two approaches:

In the end, I opted for the first approach for simplicity and for this example it works sufficiently well.

Finally, to tie everything together:

Use LEFT and RIGHT arrow keys to evolve/devolve the L-System.