Last time out we imple­mented the Cantor Dust exam­ple from the L-System wikipedia page. Now, let’s con­tinue our jour­ney and see how we can imple­ment the Koch Curve exam­ple in Elm.

Once again, we will start by defining our L-System:

From here, there are a lot of similarities with our implementation for Part 2, so time for a minor refactor!

We’ll add a shared Path module, and move the common abstractions and helper functions there: 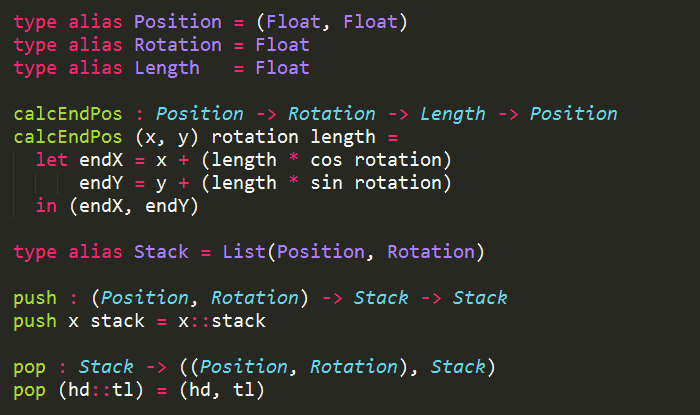 Over the course of the series, we’ll add to this common module to help handle other aspects of drawing our L-Systems.

For the Koch Curve, the only thing we really need to implement is the display function to handle ‘F’, ‘–’ and ‘+’:

So this was what I ended up with as a 1st pass: 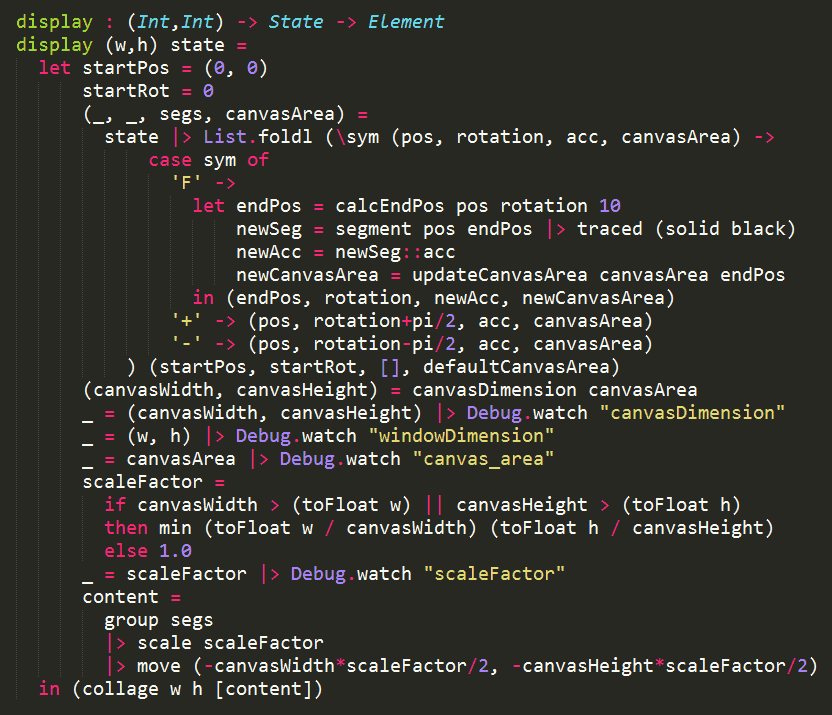 OK, so that was a lot of code to digest, so let’s break it down a bit.

The most important bit of code is here:

where we implemented the logic for:

in a left fold over the current state, using the starting position (0, 0) and rotation angle 0 (radians).

But, what’s this canvasArea that’s passed along?

Aha, good, you caught me! I’ve secretly added a little something to the Path module:

These are to help me track the area that has been drawn on so that I can use this information to scale down and move the completed path later on so that it fits inside the collage and is centred.

Whenever a new segment has been added the ending position is used to expand the canvas area:

At the end, we work out the scale factor, and move the path to the centre of the collage:

As it turns out, much of what’s in the display function is the same across most of the examples, so let’s refactor and move it into the Path module: 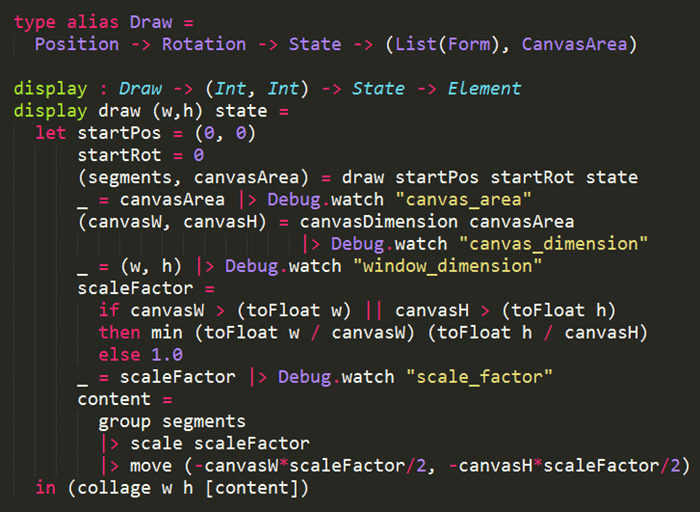 and our Koch Curve implementation becomes much simpler:

Run­ning this exam­ple in Elm Reac­tor I can get the demo to gen 6, before the rendering time starts to go up noticeably.

Use LEFT and RIGHT arrow keys to evolve/devolve the L-System.